So why, now in an era where the world's fastest car is electric, do we still want to reference historical technology? I believe primarily this is because we disconnect architectural features from their relationship to technology. 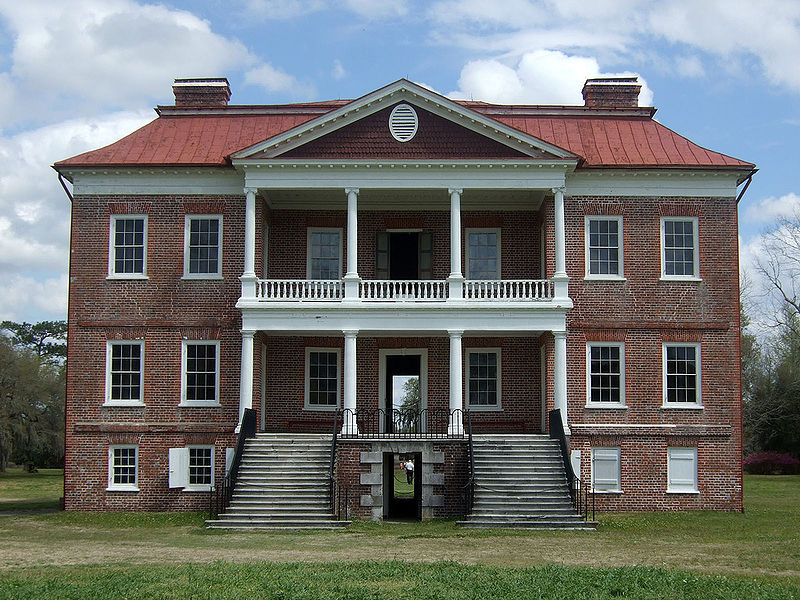 In the sketch, I began with Drayton Hall's basic form. The primary mass is a rectangle and the roof form is hipped with a gable only on the front. But that's the extent of progress when logic starts to break down.

Drayton's roof is actually double-hipped, with two different slopes. Notice in the far right of the sketch, an illustration of a roof kick. Maybe that is a way to suggest the double-hip without the complexity?

There is also a suggestion of synthetic slate. Although it is currently metal, Drayton's original roofing material was likely clay tile or slate. (Metal roofing wasn't used in America until the 1800's, when Drayton was re-roofed.) Modern slate roofs are rarely repaired with stone. They use a simulated phenolic slate that is lighter and has a 50 year warranty.

Also indicated in the sketch are quoins. These are vertical blocks defining masonry corners. They were used to define and stabilize masonry structures as far back as Rome. But today's masonry is effectively glued onto a wood framed building. Our codes don't allow brick to support a building so it is conveniently pasted onto the outside. There is no functional necessity for quoins.

Finally, notice the bottom right corner sketch--a garage door! Obviously fitting such a large scale opening into an historically derived building looks pretty ridiculous. Without steel and modern glass manufacturing techniques, 18th century windows were very small. The architecture didn't give voice for large openings. You can see in the lower left sketch that two garage doors are fitted in on the building left. But the historical building had nearly a full story of stairs up to the finished floor. It also has a downstairs cellar. Neither of these are conducive to our modern needs for drive-in garages and walk-in level main floors.

In a few minutes, the sketch highlights numerous difficulties with historical reference in current construction techniques. I'm not convinced it can properly be done. I'll write another article if the project takes off and we can successfully accomplish it.